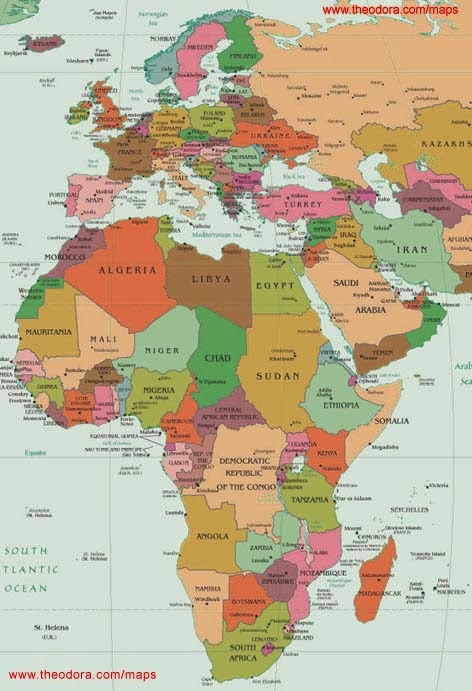 Last night, I watched the President’s State of the Union Address with my resident, centuries-old, double-consciousness. However, alongside the Classic Negro(gress), sits the reign of the internet, Barack Obama’s election, twice, and the intrusion of Disaster Capitalism into my life in New Orleans. So you might say my consciousness is a more the quintuple sort. With that said, I still love love love to see the POTUS come out. Ha Ha. I always get a kick of out Boehner’s sour face. And I always reflect on the savvy, intellect, and genius housed in one individual, who maneuvered the political dance like no other. I know what it means that they have no choice, but to look him in the face, and call him, Mr. President.


I’m always here for the theatre of it; American politics is nationalistic, yet it casts a wide net. I tend to hit the snooze around the environment and innovation and paper thin material stronger than steel and all that jazz. My ears perk up around foreign-policy and war, you know that on the ground, that what they plan to do for real. Or have already been doing and are prepping us to accept as a new development.


I always admire the writing. How swiftly and how much geographic ground can be covered in a few lines.


“The fact is, that danger remains.  While we have put al Qaeda’s core leadership on a path to defeat, the threat has evolved, as al Qaeda affiliates and other extremists take root in different parts of the world. In Yemen, Somalia, Iraq, and Mali, we have to keep working with partners to disrupt and disable these networks.”


I stop and consider the map a statement like that makes. I can’t help but recall the past axis of evil . With whom (Iran), isn’t it silly we haven’t just tried to talk about it all this time? And I am reminded that the narrative of Imperialism never really changes. It just shifts, deletes, inserts new players/archetypes in their respective positions. The world has renewed the battle for Africa it seems. Hasn’t that what it has always been? I’m aware that we will applaud this thirty year old, ten times deployed, young man, as the case against perpetual war, while a new jumble of conflated borders has been identified. The case for drones that no one will be offended by… made? Or just stated…then on to other things. The following excerpt is a constellation of global concerns. It is elliptical, impressionist, yet pointedly clear map of the American universe. 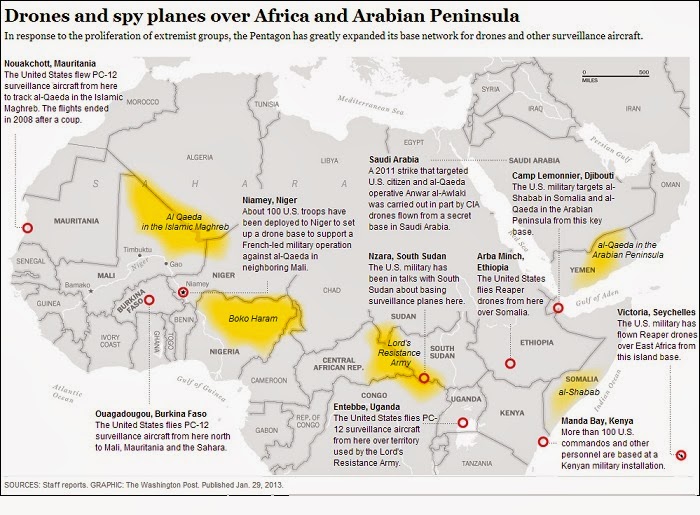 “So, even as we aggressively pursue terrorist networks – through more targeted efforts and by building the capacity of our foreign partners – America must move off a permanent war footing.  That’s why I’ve imposed prudent limits on the use of drones – for we will not be safer if people abroad believe we strike within their countries without regard for the consequence.  That’s why, working with this Congress, I will reform our surveillance programs – because the vital work of our intelligence community depends on public confidence, here and abroad, that the privacy of ordinary people is not being violated.  And with the Afghan war ending, this needs to be the year Congress lifts the remaining restrictions on detainee transfers and we close the prison at Guantanamo Bay – because we counter terrorism not just through intelligence and military action, but by remaining true to our Constitutional ideals, and setting an example for the rest of the world.”


And of this example, we are to set…many at home sit on the outskirts of the star map outlined last night. Some of us are not married or single white women and men in America. We do not sit on land or resources that are valuable. If we did, we have been removed. The land we have has been or is actively being corrupted. We are not enfranchised. People do not speak for us or share our concerns. Our needs are practical and psychic. Our pain is real and it is deadly and daily. We exist outside of the project. Only we speak our names.