Right Above It: 3DNATEE & Azealia Banks 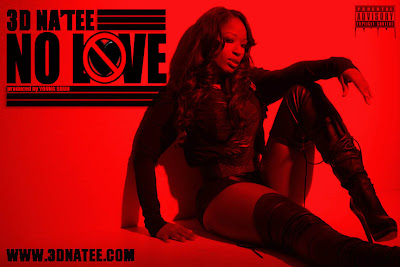 It's official... all of the testosterone filled, homoerotic, terrain of Rapland, is being run by the same crime-families/labels, who dictate to their artists what music is.   I'm over it....really. It all sounds the same, has the same subject matter, same flow, most of which my man, Lil' B satirizes perfectly in his, "Obama Based God" track. When that dude bust out with that "superfragilisticexpialidocious, dump head is car, dump his body in the ocean..." My heart went pitter-patter, cause seriously that's how random it all is. Like my favorite, 3dnatee says, all  they rapping about, is "cash, swag, and ice" . 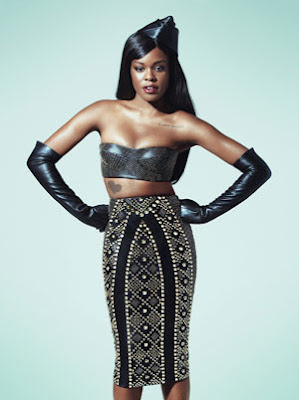 Meanwhile, the women of rap seem to be rocking entourageless and trying to make a name of their own, on their own. I have two favorites right now, 3dnatee and Azealia Banks. They couldn't be more different as artists, which I think is the strength of what they bring to the game. Azealia Banks is on her Harlem bird in Europe flow and NaTee keeps close to the earth, bringing the beauty, humor, and pain of growing up in New Orleans.

Let me tell you why I'm going hard for these two particular girls. They both speak to something  inside me. Something that is simultaneously new and old, meaning classic, about being a black girl growing up in the city. Specifically, the way you have to fend, defend, and fight for your damn self, yet motherfuckers act offended and surprised that you have something (articulate) to say about it all. Neither of these two women seem to scared to offend, or feel the need to stroke the egos of their male counterparts. Why should they? They are both as brash, vulgar when they want to be,  and supremely talented lyricists. Banks loves tongue twisting lyric to the borders of unintelligibly and 3dNatee comes on raw, no bullshit, delivering her lines, as we would say in the N.O., straight like that.

This isn't a comparison of the two women, because there is none. In a battle I'm a hometown kind of fan, but this is about appreciation. Right now, I am appreciating these young women for putting their voices out there.

Azealia caters to my imagination. I love all that genie witch mermaid shit she be talking. I was a little girl that listened to rap and danced to bounce music at parties, but still liked to play dress up, in my grandma's old clothes and lipstick, dreaming of a land far far away from where I was growing up.When I want to know how I might behave if suddenly I was in Europe, with all my ratchet down South ways, I listen to Banks spit about her new found love of the white boys pursuing her, and talk shit to all the boys back home, who can't believe her skinny black ass  is sitting up in Karl Lagerfield's house.

When I want to reflect on where I been, and where I want to go, I listen to 3dnatee. She brings me to real life,  and you really can't ask for more from an artist. Honestly, I'm a bit in awe of Ms. NaTee, so wise beyond her twenty-four years. Not since Foxy's, Broken Silence, do I think, a girl has put down such a complete range of emotions and experiences on wax. If you been in through the places she visits in her songs, and even if you haven't, she will truly give you the chills. Plus make you laugh out loud with a kind of humor that could only come out of girl from New Orleans' mouth. 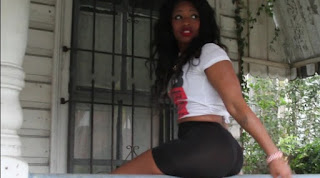 3dnatee released a some bars awhile back on the "Thuggish Ruggish Bone" beat that have stuck with me since I heard them, she said,

I shivered...when I first heard that... literally. Cause while it ain't raps, I write stories too and that's who I want to put on the page, because we have a story too, and the lord knows  a lot of these rappers, and these so-called "urban" lit novels ain't telling it. I'm so grateful to a woman like 3dNatee for not being scared to be herself in a world that tells you, you gotta be everything but that.

There are a lot of people who say different, but you know what I think...

I think some people are about to get the shock of their lives...

Black girls are the wave, & we got next,


If you haven't  already, download Azealia's, Fantasea and 3dNatee's, The Coronation,
you won't be dissapointed.