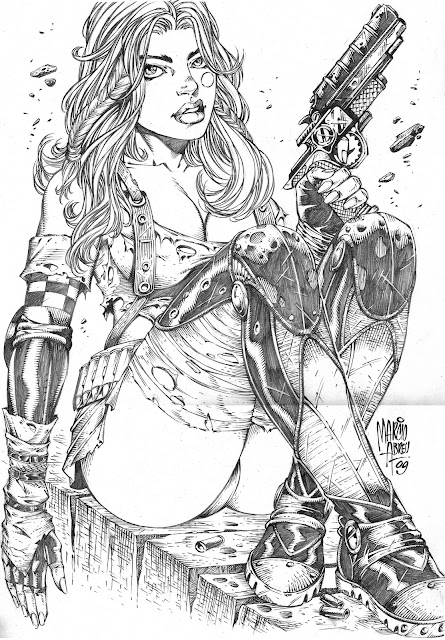 It's Friday, so why not blow off a little steam and kick the weekend off with a bang? I'm feeling RiRi right now and am very much in the mood to let the Jameson sink in. But before the whiskey knocking can begin, I shall digress....

Recently, an eighty-four year old woman got pepper-sprayed at the Occupy Wallstreet protests. Her response resurrected one of the best slogans of the women's movement.

"Screw us and we'll Multiply!"

If you don't notice the way the boys politic with their enemies these days, you have got to be blind. Men parse their words with one another out here,cause they know it ain't about stature, when it comes to that equalizer. Those that play in that world, know exactly what I mean. You ain't about to come up short or just say you're about something that you're not  because men know there are consequences to reckless speech and action with other men. With us...not so much...

I think it would be different if girls toted choppers the same way the boys did. Call me a radical, if you will, but seriously, think how different the world would be. Broken dates, lies, unpaid child support, all around slick talk would be cut dramatically in the first quarter...guaranteed.

A lot of men get their rocks off from dealing with women, who they know they are not good enough for. They then proceed to "conquer" her  with their insults and move on...pumped up and feeling better about themselves.  Call it the ego-boost for the bitch-made. Now ladies, I don't know how to stop that. All  I do know is....

I'm upping on the next dude that tells me that I use too many big words, and then I'm deleting his number!

No questions, just the Answer,

She mean and she never ever take back talk!

Love this jam by Kardinall Offishall....
Posted by Gypsy at 11:24 AM