I Get So Emotional :Kisses and Thoughts from a Real Girl 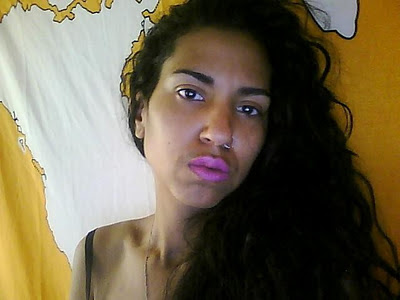 I have had some experiences lately. Conversations, interactions and observations that really have me shaking my damn head.

I mean, what is really good?

From Herman Cain calling Nancy Pelosi, the former Speaker of the House, third in line to the Presidency,'Princess Nancy', to the games average men play....It seems respect for women has hit an all-time low.

Growing up in New Orleans, I have been no stranger to outright disrespect. I'm from the "fuck a hoe" generation in the city, so I know how the game goes. However,as I've gotten older, I've been noticing a curious trend.

As the bad boys of my youth, have started to chill on the cursing bitches out in public shit, a lot of the  so -called "good -guys" have become condescending jerks.

I blame Barack...lol...not really, but sort of.

In the same way that rappers make a lot of guys believe their own average joe-blow hype [see the dudes poppin bottles in the club like they on camera], Barack made any black man with a job and a suit in his closet feel like he has something to say. Like he, alone, and rightly only he, has the solution to all that ills "us".

So...oh please... Mr.Hope please save me from myself and all this living I have done, books I have read, an the education I busted my own ass for,from which I draw the audacity to form my own conclusions.

Oh please Mr. Hope, save me from my own feminist thoughts that supports marriage as a circumstance (a happy one for some) but as an institution (not the solution for the many.)

I can't lay the entire burden at Mr.Hope's doorstep, a lot of women play this game as well. Whether they play dumb, or unopinionated for favor in Mr.Hope's eyes or they just really are dumb and really believe the hype. They are big part of the problem too.

all the real bitches want her offed, so that the rest of us may live.

*puts dick back in and zips up pants*