Big Enough to Take These Broken Hearts...Frank Ocean @ the House of Blues 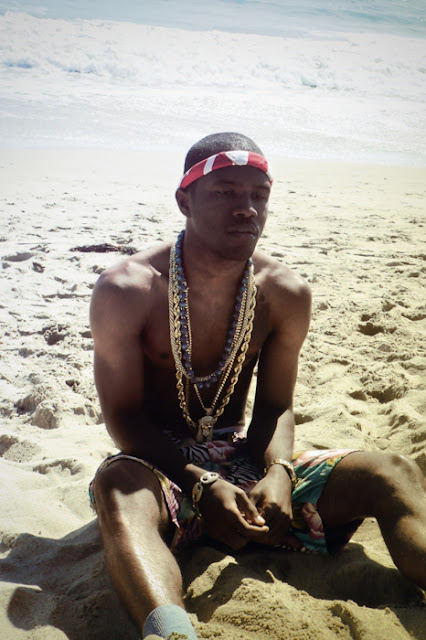 I had a great time this weekend. I broke out my bat cave, took a break from writing these short- stories and went to see Frank Ocean at the House of Blues.

To say he has a great voice is an understatement. Its the kind of voice that recording really does no justice. Booming and powerful and rich, and with a bit of tremor--that is what makes it linger in your memory.That's what makes his voice special in a sea of good ones.

Frank Ocean is not a big guy but he fills up a room. Still a bit shy he didn't talk much to, but I can't say he didn't engage the crowd. Most were hanging onto his every word, as old movies and celestial scenes played on the projection screen behind him, singing along to songs not officially released to the public.

New Orleans definitely supports its own when it comes to our artistic talent.

The audience for the show proved to be every bit as entertaining as the performer. We  were cool, weird, & black and then there were those that only wished they were as far as the eye could see.

One of the best moments of the show was when Frank Ocean sang an unreleased track, which features as the hook, the bounce classic, Primetime's ,"She Givin Me Love". The audience loved it and it made me feel nostalgic for the time when I was a strange  little girl in a beret that also liked 'that beat' like everybody else. And then there was the Sade cover....By Your Side...otherworldly.

I definitely left  Frank Ocean's concert a bigger fan than I came, which should be the goal of every artist's performances, I think.  It's great to see a black man get to be eccentric, talented, play it his own way and be loved for it. It gives me hope that all that teasing for beret, leather jacket, and boot wearing that I endured in 1990s New Orleans will be worth it, as long as I keep plucking these keys.

It's Monday y'all,
And Being blue ain't bad

Kick off your shoes and Swim Good...

He sang this about tenminutes into his set...a pretty gutsy move. He was like, here it is, but get into the rest of me, you'll love it.