When the Story Mocked is Your Own: Youth, Love and Violence in New Orleans 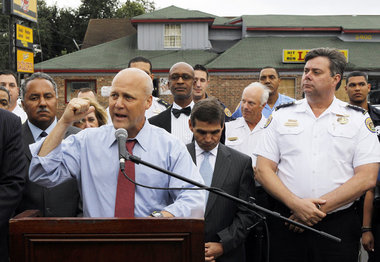 So, it's Hump Day in New Orleans...
I was trying this thing, where I made my Wednesday post all uplifting and upbeat, or at least pretty to look at.  But New Orleans just ain't a pretty sight lately.
Can I just say, I really detest politicians. Or maybe, more specifically, I hate the New Orleans' political machine. Totally abhor the nature of the beast that makes a photo-op out even their most grotesque failures and humiliations
People can kid themselves all they like but prohibition and poverty makes New Orleans a dangerous place to live in for all of us. Nobody, and I mean nobody, in city government is engaging the root causes of the violence in our city in a serious way. Press conferences to engage in a game of modern- day Cowboys and Indians or Elliot Ness and Al Capone, does nothing to make the city safer. In fact, I would say it only exacerbates the problem, an elevates the confrontational climate.
It definitely doesn't help when the those pledging to go , and smoke the criminals out of their holes, are widely perceived as at best out of touch and at worst corrupt themselves.
A lethal mix of poverty, ignorance, depression, survival, greed, and  cultural materialism have made the trade that drives this all a thriving one. The dirty truth is that we are a community with divided loyalties from the top down and on both sides of the law.
Yet, at the end of the day, we [ black people] are dying and being locked up at a rate, not matched anywhere else in the world. 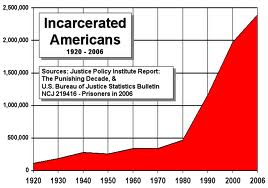 There is a certain kind of hopelessness,a despair, that takes root in heart  of our city's young men. I've seen it too many times. Watched that transform and be replaced with  pure malice and a profit-motivator. From then on, its on... and we are all the lesser for it.
I don't know what the remedy is for filling up a lot of our generation and younger, who have been so hollowed out by this life. We have all shed tears for those lost to it and the mistakes we made in it. I know I don't like superficial displays of care and ego. I know that I hurt for my generation and the ones below me. I know I am a realist. And because of that, I worry about my son. He is growing up in a wild time. How will I protect him?
With all the ferocity of spirit it takes to be a mother. I pray,quite honestly, to make it, so that my son never has to experience this. Never has to feel the crushing weight of unreached potential. I am working hard, every day to make that happen.
It's a certified war-zone out here.
Put on your combat boots and ball to you fall, y'all...
Love,
Gypsy
New Orleans classic...personal narrative, religious philosophy, and all that from a baby gangster.
Posted by Gypsy at 11:17 AM