Public Service Announcement #3: You Get What You Pay For 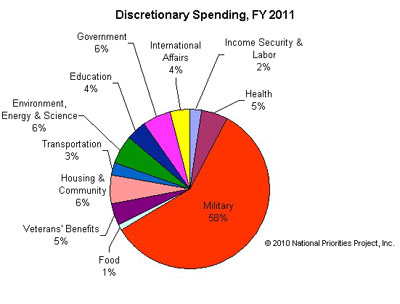 This should be on a t-shirt, like seriously...So the next time somebody hims and haws to me about their "tax dollars" I could just point. So,  that maybe next time they saw state of the military equipment, they would get as mad as, when they see a young mother with an EBT card.

Somebody does have their hand in your pocket but its not poor people. Its more like banks that don't lend, and charge you to use your own money. It's like funding two wars, and guys on Wallstreet that made bad loans and then bet against them, profiting, as we say in the N.O., "however the cut goes...".

So while the top 1% controls 40% of the nation's wealth, we 99% are competing for the remaining 60% and quibbling over less than 10% of discretionary spending. Maybe some people can just stick their fingers in their ears and cover their eyes. But some of us can't. This casting of the people that have the least is like picking on the smallest kid on the playground. Its, unfair, unwarranted and unattractive of our culture.

The truth is hard and it hurts but we are a nation of blamers. But instead of blaming those people and institutions that hold society's progress hostage for real, we look downward with our most impassioned scorn. Its irrational and it holds us back as a people.

As long as we live in denial about the systemic causes of poverty in our country, things will stay the same.We may feel better about ourselves and our own accomplishments but nothing will change on the ground. What you can rest knowing is that the amount of people on food stamps, Medacaid etc. will be steadily rising as unemployment, poor working conditions and stagnant wages are around.

It's time to validate the lives, worth, resourcefulness and intellect of our community--not continue to disparage it. Part of that is knowing, who you are, what you are and where you come from. And like a fellow writer told me, once, when i was down:

"What you are is a beautiful person."

We are all beautiful people...Uncle Sam's contributions be dammed.


Hold your head up high,