The Life You Save May Be Your Own: A Tale of Women, Health and Hospitals 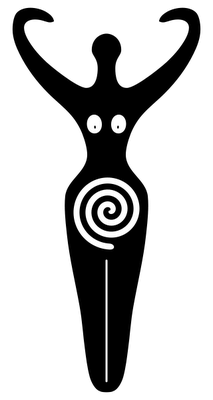 It's Feminism Friday and I want to take a little time out to discuss a very serious issue.  Many women shy away from speaking about reproductive rights  openly.  Even more dangerous  is that so many women remain grossly uniformed about their options and rights under the law.

No matter what side of the debate you fall on, pregnancy, childbirth, etc. affects more women than any other single issue. Most women will become pregnant and/or decide to have a child at some point in their lives. As a result ,I think it is important that women remain in control and informed about their choices ,when it comes to reproduction.

In the midst of an economic crisis, the largest since The Great Depression, the Republican Party has once again taking their time out to attack women's reproductive rights. This isn't about whether you are pro-choice or pro-life. The GOP is intent on attacking the rights, health ,and lives of women even in pregnancies they have chosen to carry.

There is an old saying about being pregnant: one foot on the ground, one foot in the grave.

That's real talk and anyone who has had a baby knows it. Childbirth isn't a limo ride and their can be sserious complications. Today, I want all women to familiarize themselves with something called The Access to Emergency Treatment and Active Labor Act.

The Access to Emergency Treatment and Active Labor Act states that hospitals do not have the right to refuse treatment to patients in life or death situations.  And if they can't treat you they are required to transfer you to a facility that will.  How this has played out when it comes to  the treatment of women is in Catholic hospitals (at least 15% of all hospitals) is that women in life in death situations are transferred to other facilities.

Women, who are hemorrhaging, in sepsis, and in some cases not completely stabilized, must be transferred in order for them to receive life saving medical treatment, which in some cases is an abortion.  . For women in urban areas this may be a short trip but for those living outside cities, the next closest hospital, isn't all that close.

That women are still seen as only vessels for life with no innate right to it themselves is something beyond sad in the 21st century. Check the chart below. If you notice, America isn't exactly first-tier when it comes to mortality rates of women in childbirth. 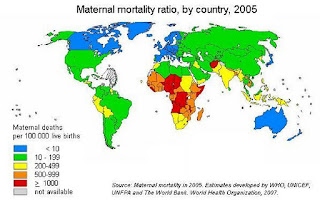 The GOP Bill, would seek to add a "conscience clause" that would even further endanger the lives of women. If they had their way, they would provide  legal protection to health providers that refused to transfer dying women to other facilities, if  they believed those transfers would result in an abortion. Basically, we can call this, as other Democratic women  described the macabre law as, 'The Let Women Die Act'.

Now this bill out of the House of Representatives is basically dead on arrival in the Senate. However, the 2012 election is about more than just the economy, believe it or not. It is about basic rights that many young women have never known their lives without. Whether you are pro-choice or pro-life, you have always had a choice. If the Republican party wins control of the White House, choice will be under attack in a big way.

All young women and men should really think about that in a serious way. Even if you are morally oppossed to abortion, if it becomes a crime what will be the punishment for women who receive them? How will you protect women from the back-alley abortions that still costs lives globally? And even if you are oppossed to abortion,  if you are woman, you will most likely find yourself in a maternity ward one day. You should hope the people taking care of you, see the goal of  preserving your life, or the worth of it, for what it truly is

Your Divine and Inalienable Right!