YoungGypsyChild in the Wild: Chronicles of An Open Heart Part II

I stepped out into the sunlight this morning with a few things on my mind.

I.  Good food, drink,smoke, sex, and people are always great to have.
II. Others only have control because we give it to them. 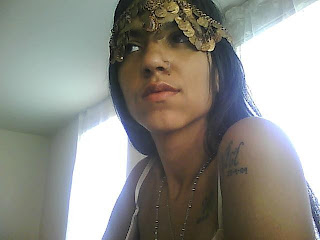 ***
Its really been shocking me lately how uptight, particularly, women my age can be. It seems to me that we are regressing culturally and intellectually when it comes to our relationships with men and our morals. With the new black male hustle evolving from "for-profit" churches to writing a books of  terrible dating advice--the women my age and younger seem so eager to prove they're not "angry" or "bitter". So hungry to show that they don't posess egos equal in size to their male counterparts and can be properly "submissive".

Whenever gender debates come up in the corner of the cafeteria ,where all the black kids hang out on Twitter, it always kills me how much women identify with men. Despite the fact that  sometimes the boys are arguing for more work for you to do, plus to shut the fuck up while doing it, girls are the main retweeters. And when it comes to "respectability" women where the pants on that patrol.

How does this relate to good food, drink, smoke, sex and people? Because the more closely aligned a woman seems to be with the theory that if she is a "good" enough girl, acts like a lady but thinks like a man, one day her prince will come...the less she seems to have of all of the above.

Am I only person that thinks that's wack?

At the end of the day I'm not here to knock anyone. I am a firm believer in "whatever floats your boat". I think marriage and/or monogamy with the right person is a worthy pursuit if it appeals to you. However, so often, women choose the wrong man in pursuit of the idea of marriage, and a lack of any other framework for their lives.

This wrong choice or just the committment to the idea often leads to an intense judgement for other women that choose differently. Not all women are concerned with being deemed "righteous", "respectable" and "poised". Some of us just want to live our lives and make art  instead. And if I get called a harlot for doing so, I will  be the one to make my own scarlett letter H for my chest.

There is nothing wrong with forming a healthy partnership with another human being. But hinging your fulfillment on it is foolish. Because the sad fact of the matter is that women don't control the dating game. And the reason we don't control it is because we care too much and are too concerned with being chosen.

Men don't spend their childhoods imagining the day they pick one of us, so why do so many women already have their weddings planned to imaginary men?


***
I have a friend, a muse of sorts, that posesses a unique ability to subtley infuriate me with his words. Many times I find them smug and pompous but often very true.

You are much more in control than you think you are, he said when I complained about my lack of it.

Great way to free yourself of any responsibility in this, I thought cynically.

But I also could not deny the truth of the statement. I was in control--I had only lied to myself because it was easier that way. When you realize you are in control, sometimes it means you have to put on your big girl panties. Face, facts, reality and situations for what they are--not what we wished they were.

"We are the ones we have been waiting for", said Mama Alice [Walker]. I think it's high time we all join hands, male and female, and stop planning and living for days that are not promised.

Take a sip, a toke (or not) ---lighten up and enjoy the present moment it's the one thing we have for sure.

Do it for your girl,