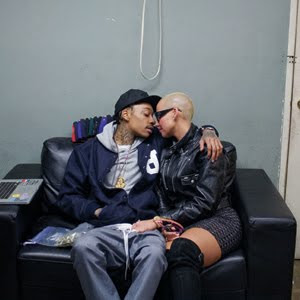 Sometimes when a person enters the room,music begins to play and you aren't sure why. All others fade from focus and in a space packed by thousands, your mind sees only the two of you in the sunlight of a new morning...

There are some people you just can't resist--some actions have no explanation other than Force. I think Amber and Wiz are a great example of one those attractions that moves at ninety miles per hour, from lack of any other speed being possible.

But where are the boundaries between powerful attraction and love? Where do Force and "love at first sight", intersect and depart? When does attraction become just plain,old, everyday Lust? When does resistance become manipulation? Can hurt be transformed and where does the cycle end?

I hate the "dating" game. I find its preoccupations false and the power plays cheap.

Don't call first--let him call you....So how long do you wait to have sex? Are we dating or friends with benefits? Friends...how many of us have them?

Whatever happened to genuine, human connections and all the rest of that corny shit? Did it ever exist before the "g-code" "real niggas", "down ass bitches" and the "lady-like" took over the conversation?

When did just letting the music play, become so bad?

So much of our human interaction is stunted by the "rules" of engagement. All the prescribed notions of male to female respect, roles, and the whole kitten kaboodle of gender restriction and performance, can make it one big headache for a woman like me, who feels compelled to be herself at all costs. And when that self gets questioned, I can become emotional and indignant.

Like, if you don't love me or at least hear the symphony playing, when I step into the room (a la the Disney Version of Cinderella) than don't question me. And if you love me, don't manipulate me, bullshit or fake me. Remember this old saying?

Life is not a fairy tale. But love can be beautiful and it needn't all take on the same form. I have felt a few different kinds in my life-- from the traditional version that comes wrapped in the box we've been taught to expect from childhood, to the kind of friendship that lasts a lifetime, and even the unrequited love that burns from not being returned or acknowledged.

Whether it hurts or there are shooting stars and comets when you make love, or both...The trick is to let the fire feed you instead of burning you. And if it does, take your licking and keep your heels clicking. There is a one day crying rule, go on and do it for two, if you are really tripping. Get it off your chest but don't sweat it.

It will be their turn next, to feel you ,that's the way karma works.


We are all flames,


Fantasy or not, I still love this part of the movie...anybody that's ever been in love knows how this moment feels...enjoy it.