Not a Customer, Crony: The Value of Owning Yourself 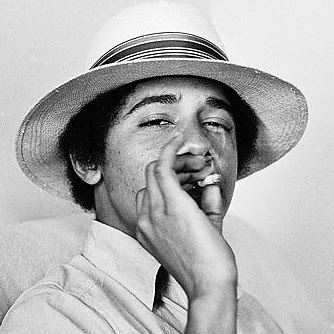 President Obama calls himself an "Eternal Optimist", a worldview for which he has received more than a little flack. Many people have tired of his Pollyanna approach to dealing with the Republicans. Many of his constituents see no silver lining in the dark, ominous, clouds hanging over them.

The President has also been nicknamed "No Drama Obama" for the unflappable "cool" he projects no matter the circumstances.

Whether they be hicks from the Carolinas shouting out: You lie!, during his State of the Union... or the tantrums of the House Republicans, who decided to skip his joint session of Congress...to the jilting at the altar by The Tan Man,John Boehner,on the Debt Limit...what you won't see is Barack Obama let the inferior get the best of him.

This is one may favorite clips of the President. Breaking down one of the simple truths of life, courtesy of my man Jigga's wise words. There really ain't shit you can do about a hater but let him do so.

Their abuse will bury you in the sand if you let it pile up or get to you. It's best to brush their careless insults to the side one by one. Keep your eyes on the prize, keep putting the wheels in motion, one spoke at a time.

After many years of rolling with a hot one on my shoulders, I learned the value of a cool head. Playing with fire, you get burned.

Today,I am walking out of one door and opening several others. Accuse me of having illusions of grandeur, but I figure like if Barack Obama and Shawn Carter can do it, than I can do it too.

Maybe not be President of the United States or have eleven number one albums in a row. But I can figure out how to make a living while keeping my dignity. I can keep my cool, when racists want you to just have " a nigga moment", as Huey Freeman would call it.

So I'm going to come out on top, have the last laugh, put one in my pipe and smoke it. Plus write a book of my own to boot.

*dust falling at my sides*