In Defense of Magical Realism, Zora Neale, with a Little Help From America's Next Top Model? 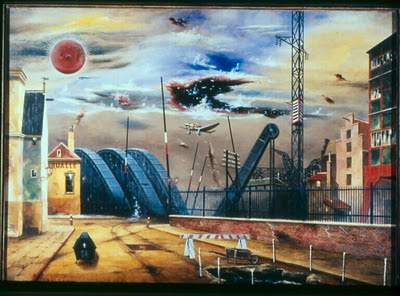 I have recently fallen back down the rabbit hole in my writing life by returning to the world of fiction writing. It has been awhile....what began as an amicable, temporary, separation became a bitter divorce following Hurricane Katrina.

I have always written about the magic of and in the real world. So,when all that real magic was literally covered in muck, I didn't know what to do. My characters and my stories sat there, damp and rotting--molding over into nothing.

It’s funny that this Fall is bringing forth so much resurrection in my life.  Ray and Fadi are the first characters to come back alive in my memory. It seems that without me paying attention they have taken the journey of the last six years with me, growing and changing, accepting and wrapping their brains around the "new" New Orleans. Reunion is great and the emotion is real--I missed them.

Sticking my neck back out in fiction has been interesting and I am approaching this journey whole-heartedly with the intent to grow as a writer and blah blah blah. But true to form I remain hella sarcastic, so I would like to share some pearls of wisdom I have gained since beginning this foray.

1. Realism itself is not interesting
2. Writing in dialect is NOT okay
3.Magical realism is at best dead and at worst trite

Ouch...taking these commandments into consideration leaves me just about dead on arrival in the land of modern "literary" fiction. Apparently, since a bunch of twenty-something year-old white women in academia did a piss poor job at magical realism, co-opting it into mediocrity, people of color in the south, whose experience is undoubtedly engaged with the supernatural, is now negated.

Not on my watch.

I told my friend about my discovery, how I just can't grasp the fact that I can't punctuate my prose for speech pattern until I am established, my bull-headed determination not to listen...when she cut in,

"Bitch, you know who you remind me of? Camille from America's Next Top Model! Remember, she kept telling those people in fucking Milan, when they asked her why she walked the way she did, 'this is my signature walk and this is what's going to make me famous'."

We laughed for several minutes but it was true, we decided. Whether Camille's walk was truly bad or not isn't really the point, the point is can she become famous and convince everyone that it's fabulous? A la Cindy Crawford's mole, Lauren Hutton's gapped teeth, Barbara Walter's speech impediment, Kanye's lack of a criminal past?

Despite,writing being a subjective art, gospels are often handed out like condoms at the clinic. It can be exhausting. So, how do you balance avoiding delusions of grandeur and stubbornness, preventing you from becoming a better writer, while not letting people rob you of your essence?

Like what if Zora Neale never wrote, Their Eyes Were Watching God? Not that I want to take dialect back to her level,but just as there is something powerful and communicable about cleaning up colloquial speech, letting the characters transcend their stereotypes...there is something equally powerful in validating our voices, as they are heard in life, by writing them down.

I don't do it all the time but I think I'm gonna' keep it up.

So, maybe some will not consider my work "serious". I won't put intellectual feathers in the caps of those who can "appreciate" me but I do plan to be read, some way, somehow. And if the worst they have to say about me in the end was that I was a  little too "ghetto" or there was too much magic for their taste, I'll take that. I think one of my many mothers, Zora would be proud. 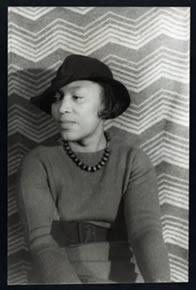 "Ah wanted to preach a great sermon about colored women sittin' on high, but they wasn't no pulpit for me."--(Their Eyes Were Watching God)

There is a Church in the Wild if we build it...