DISCLAIMER: ALL APOLOGIES TO MY GUY TONY STARKS!!! ALL REFERENCES TO YOU HAVE BEEN PUT INTO THE ALLEGED CATEGORY. [stand by my analysis...this kind of "satire" is not only not funny,it is poison for the mind...ya heard me!] 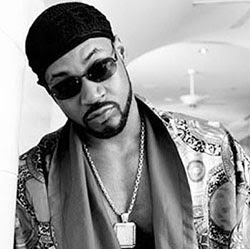 ****
I was up late last night reading album reviews of Watch the Throne, and while skimming through the usual,highbrow, I'm-too-deep-for-my-own good, analyses, I came across a review written allegedly written by my dude Ghostface Killah . Let me just say,Pretty Tony's fake review wins the award, hands-down, for the most entertaining review of WTT,yet. However, my eyeballs were nearly melting by the time I was done reading.

The author provides his honest opinion, track by track of WTT, no dick-riding and I appreciate that. But it seems the internet version of Mr-no girl could freak me/I'm just too nasty [loved that line], is one of those dudes who is downright frightened of femininity. Besides his rail against Swizz Beatz[he went in], Ghostface reserves his most colorful language for those tracks too "soft" to penetrate all that hard-ass earwax, he apparently has in his ears.

Take for example this gem referencing, track two, "Lift Off" [very underrated cut,so far, in my humble opinion]. The reviewer describes his listening experience to being "penetrated by a million microscopic dicks"...

So... the nearly continuous sound of a woman's voice, makes him have a nightmarish vision of getting fucked by men? Really lets not even speak on the homoerotic implications of that statement by this allegedly razor-straight male...

But then again lets...

I was happy to see someone even attempt to address the topic of homoeroticism and hip hop culture, lord knows it's one of my favorites. Too bad the example he points to in WTT is totally wrong-headed and ridiculous . He assigns some apparent homoeroticism to the title of track 3, Niggas in Paris. Who knew just a bunch of niggas simply being located in Paris, was as homoerotic as chocolate-skinned boys feeding each other strawberries on the Champs Elysee ? I think this interpretation of the phrase "Niggas in Paris" and the visual of a million, tiny, pricks, are quite possibly the most homoerotic statements made about rap music this year [ at least until Rocko, Webbie, and Gucci do another song together].

I guess times have changed, but most of the gangsters I grew up under, couldn't wait to get in some linen, spark one up, and watch their boy Franky [of Franky Beverly and Maze] hit the stage. Which is what I envisioned, not tiny penises, when I heard that breakdown at the end of Lift Off. But Ghost is a pretty old dude (respectfully), so maybe all niggas up north are as cranky as the writer of this review.

No really,I kid my brothers and sisters up near that chilly air, because this affliction affects the minds of many men below the Mason Dixon line as well. Men, so homophobic,so unsure that they are indeed heterosexual men, that they need to be reminded constantly, as in all 16 of 16 bars, for 16 tracks.

It's Watch the Throne not a Jeezy album, dude.

The other two joints taken Watch the Throne to task for their softness are, Made in America and My Bitch. "Made in America", a song that features a chorus containing, in part, the following line:

As in, Coretta Scott King and Betty Shabazz, wives of Martin Luther King Jr. and Malcolm X, respectively. I guess was unaware that paying homage to historical figures involves some sort of feminity or homosexual feelings.Ironically,My Bitch, which Ghostface says he mostly skips, contains the most misogynistic line on album, "get your own dog, cause that's my...". But even that wasn't good enough. I guess the moral of this story is to some men, it's either lay 'em down ( which this author is not doing too much these days, obviously]or fuck bitches--otherwise, it's no bitches [on wax.]

No diss,but I never knew that kind to keep the bad ones.

***
I really would've went in harder, if my respect for Ghostface hadn't been holding me back. But since I know now that this is just some wannabe, who got his feelings hurt one too many times, by one too many girls, in Kanye's words: