Blessed are the Poor: A Call to Arms from James Baldwin 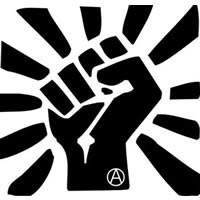 Words like "freedom," "justice," "democracy" are not common concepts; on the contrary, they are rare. People are not born knowing what these are. It takes enormous and, above all, individual effort to arrive at the respect for other people that these words imply."

Though not an anarchist, I definitely put my fist up. I've been doing a lot of thinking lately, more reading and realizing, I should say, and it has been totally mind-blowing.

In the last four years of the Bush administration, minorities in this country lost over half of their net-worth,with white families experiencing a net loss of 16% on average. Now according to The Institute on Assets and Social Policy, the average white family is now about $95,000 richer, on average, than the average black family. So there it is in black and white [pun intended]:the economic triumphs and failures in this nation have occurred on the backs of black and brown people. A wealth gap such as this belies any other explanation than the deep systemic racial inequities that persist in this country.So If ever there were a need for true activism again, that time is now.

I often find myself frustrated, wondering where our outrage is. When the truth of the matter is that a lot of people's lives are just too hard--many of us are simply too tired to fight. 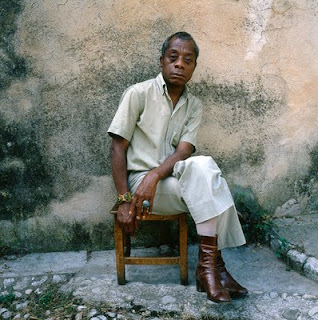 That is why today, on the 86th birthday of one of the greatest black intellectuals, a radical thinker, who taught me to never be scared to show my true face to the world, I am calling on us all. I am calling on the good white men and women that I have met, that say they are in opposition to racism,hate and privelidge. I am calling on Christians, Jews, Muslims, pagans and atheists.I am calling on the Talented Tenth, my peers,those brothers and sisters,that "made it out". And I am calling on my people in the belly of the beast, where every day is a struggle and every new morning seen is a victory.

I am calling on us all to stand up and be counted among the righteous.

There has been a shift, out of necessity, to an every-man-for-himself, 'protect my own home' mentality. But such is life now, the walls of our castles and shacks are crumbling and so are the roads that take us there. Our futures are being sacraficed in the name of misguided principles and outright hatred. There are a series of dots out there, a subject in school labeled, history, just waiting to be connected. From the black soldiers that were denied benefits under the GI Bill after World War II to the documented, discriminatory practices that denied black people access to home loans, that moved many whites to the middle-class in the 50's and 60's. Poverty is a deep, systemic failure in this country, not a moral one on the part of poor. And its high time the educated, really educate themselves to this fact.

All the moral failings of the poor black community that are so quickly pointed to (i.e. criminal activity, single-parent households,lack of paternal involvement etc.)are results of this poverty-problem, not the cause.If moral character determined your financial status, I'd know a lot more broke motherfuckers. And in my experience of the world, the people with the most have been the most bankrupt, when it comes to inner resources.

The culture of poverty may be hard to understand for those on the outside of it. But it is incumbent upon and in our best interest, to seriously confront what it is doing to us as a nation. It may make you feel good to think that the cream rises to the top, but its simply not true. Some of us were born with cement shoes.

Just yesterday, the Republican representative out of Colorado, likened the President of the United States to a tar-baby. Proving that,"Even if you in a Benz/ you still a nigga in a coup"

Get Up, Stand Up