Unfortunately it Was Paradise 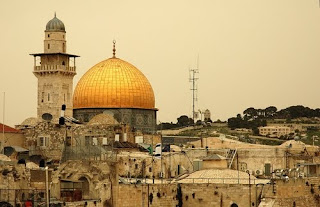 Stayed up late last night watching, Miral, and I couldn't sleep for a few hours afterward. Miral is a movie, based on the book,by Palestinian journalist, Rula Jebreal. Starring Freida Pinto of Slumdog Millionaire fame, it is the first movie to take on the Israeli-Palestinian conflict from the perspective of a Palestinian, and a woman to boot. 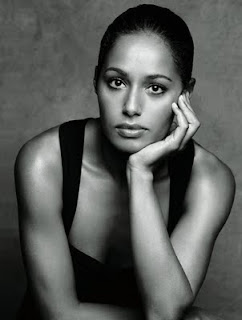 Miral tackles the subject of violence, as a method of resistance, in a nuanced and thoughtful way. Violence is nothing new to this region, with roots in the British mandate to Hamas to the IDF. Miral tries to present and deconstruct it all.

When is/ Is/ violence ever acceptable?

The female prisoner that Miral's mother shares a cell with briefly is convicted of attempting to blow up a movie theatre full of Israelis. Miral's love intrest, and member of Palestinian Liberation Organization [PLO], uses violent means of sabotage not necessarily with the intent to cause deaths. Similar tactics were used in resistance to the apartheid goverment of South Africa. Bullets fired into a crowd by Israeli soldiers kill Miral's best friend.

What is the meaning of it all? Where does it leave the people of the Holy Land.

In the end, no matter how much blood is shed, there are some things that people are unwilling to yield.

*****
Occupation will never be an acceptable state.

People have the right to rule themselves.

The right to return;to live in the land,where they were born.

People are owed compensation for what was taken.

*****
The only solution will be one that recognizes the humanity, dignity, and right to life of all people living in the Middle East. The ideology of true freedom for a people can never hinge upon the opression of another.

No Justice, No Peace. 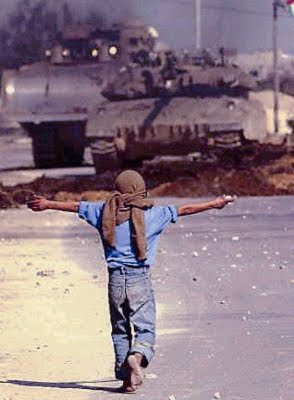 Record!
I am an Arab
And my identity card is number fifty thousand
I have eight children
And the nineth is coming after a summer
Will you be angry?

Record!
I am an Arab
Employed with fellow workers at a quarry
I have eight children
I get them bread
Garments and books
from the rocks..
I do not supplicate charity at your doors
Nor do I belittle myself at the footsteps of your chamber
So will you be angry?

Record!
I am an Arab
I have a name without a title
Patient in a country
Where people are enraged
My roots
Were entrenched before the birth of time
And before the opening of the eras
Before the pines, and the olive trees
And before the grass grew

My father.. descends from the family of the plow
Not from a privileged class
And my grandfather..was a farmer
Neither well-bred, nor well-born!
Teaches me the pride of the sun
Before teaching me how to read
And my house is like a watchman's hut
Made of branches and cane
Are you satisfied with my status?
I have a name without a title!

Record!
I am an Arab
You have stolen the orchards of my ancestors
And the land which I cultivated
Along with my children
And you left nothing for us
Except for these rocks..
So will the State take them
As it has been said?!

Therefore!
Record on the top of the first page:
I do not hate poeple
Nor do I encroach
But if I become hungry
The usurper's flesh will be my food
Beware..
Beware..
Of my hunger
And my anger!