Summer of Love Part V: Nothing Can Come Between Us 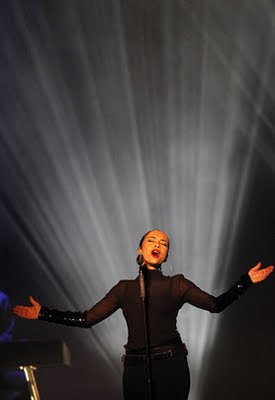 When the rest of the country was just becoming sophisticated enough for Ms. Adu, we had already loved her music enough to put it on a bounce beat. And last night we packed the New Orleans Arena from the floor to terrace to show her that.

I've never been as excited to see anyone perform. Not even the Jigga man put the butterflies, that I felt in my stomach, waiting for Sade to take the stage.Though the music, image and videos of Sade have been ever-present in my life,the sight of her took my breath away.And I felt, slightly, out of my body, hearing her, a woman who exists so in the myth of her stardom, actually stand a few feet in front of me, open her mouth up and speak.

But as soon as I heard the throaty, smoky, English accent, I knew she was real and everything I had believed about her was true. I knew what I was in for,so I sat back and let her tell me all about my broken heart, about sadness, and love--the beauty that is life.

Some people found it weird that I would go to see her alone. But I wanted it to be just me and her and whatever vibe would be in the room with us. I wanted to be the woman that I have become over the past few years, remember the places I had been, and just stand in that emotion with nowhere to lean, except forward into my own heart.

More than a mother or an artist, Sade gave me poetry and confidence. She showed me that there was power and beauty to be had in a quiet, steady spirit. Hone your craft until,you are better than all the rest, then don't change yourself trying to compete with them. 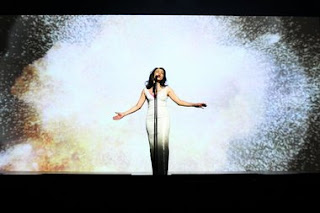 Sade rose from beneath her stage, like Persephone come to kiss the lonely earth, and her return was nothing short of intoxicating. That woman damn sure brings something powerful into the room with her. She posseses a magnetism that is hard to describe. Her physical beauty, slow, languid dancing and haunting voice are an intoxicating combination.

I remembered summertime parties to which Love Deluxe was the soundtrack. 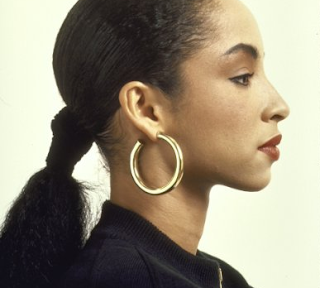 The most supreme compliment I ever received at one, as a little girl,was when the old people were like:

"A little like Sade, hanh,cher?", when describing my "dark" looks.

Creole people being much into fashion and the like; my grandmother and mother decided that at 8, I should model my "look" after Sade's. My mother took this seriously, buying me monochromatic outfits and showing me pictures of Sade, to illustrate the difference between a ponytail that was just that, and one that was sleek.

******
As Sade began to sing Skin and In Another Time, off her latest release, Soldier of Love,I cried for the one person, who I did want there with me. Grief over my son's father, the sudden nature of his death, had hit me hard a couple hours before the concert. When Sade belted Kiss of Life, it was for us and I tried to remember
what I did have, not what I had lost.

Sade, the band, are incomparable musicians.Seeing them perform live really brings into perspective how much of a collaborative effort their music is. The set list they played for us in New Orleans took me on a journey,from Sunday mornings to many,many, glasses of wine and tears and poems, over those things, that you sometimes. just can't shake or resolve.

I laughed,cried, and moved, in a way that didn't feel entirely voluntary.In short, Sade took me to church.

You showed me how deep love can be... 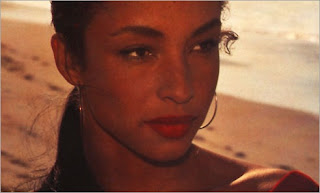