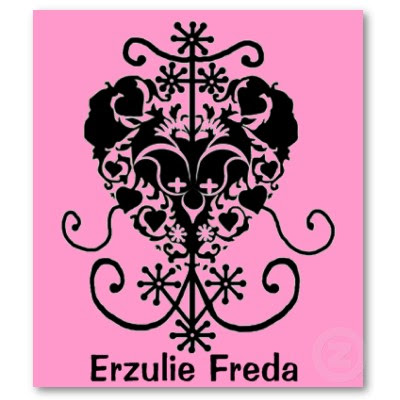 ********
I have been thinking a lot lately, about the meaning of love, the role monogamy plays, and the value of friendship, in relationships with the opposite sex. Love, loyalty, and fidelity are enigmas that I am still trying to figure. Are they one and the same? Or is it okay to have one without the others?

No doubt there are practical benefits to monogamy. Its strongest selling point being, that it is definitely the safest course of action, in the age of more HIV cases than people care to acknowledge. Running a close second, in the case for monogamy, is the emotional, mental and physical stability that it can provide. Nothing beats waking up on a lazy, Sunday morning with the one you love and rolling up--nothing is better than falling asleep in their arms.

Then there is the practical reality, learned mostly the hard way, that people don’t actually belong to us, and most of the time they do what the fuck they want to do. It’s a bitter pill to swallow, but it’s a necessary one to accept if you expect to love and survive the game.

1 Never put all your eggs in one basket. EVER. This rule is subject to interpretation. Seeing it as endorsing infidelity or promiscuity is but the simplest. Diversify your interests and not just in people. Note: Most men operate under this principle at all times.

2 An “other” cannot be your source of happiness. That is a recipe for daily highs and lows that are out of your control. Happiness is something to share generously with your chosen other. And when they start acting stingy with theirs, you can walk out with the same amount you came in with.

3 Lose the jealousy, it will make it easier to let go, when you should.

4 You can make moves with a broken heart.

Advice for the Modern Era:

Ozzie and Harriet are Dead!
The traditional roles for men and women in relationships and the world at large have been changing. And whether you view this as a positive or negative, it is a reality.

This statement isn’t to knock those who enjoy a relationship centered on these traditional roles. If it works for you then it works. But adhering to them in the face of your own unhappiness or failing to recognize the prudence of adapting is a recipe for disaster.

Case in point, in my neck of the woods, it is accepted and generally preferred for women to contribute financially to the home. Yet the idea that men should contribute equally to the domestic tasks in the home has taken a little longer to catch. However flawed, traditional gender roles tried to, at least, divide responsibility.

The lives of many modern women are, however, fairly lopsided. This new fantasy of the middle to working class, sex kitten, who is financially stable and happy to dedicate all her spare time to being a domestic goddess, is unrealistic at best. When Beyonce says, "taking care of home and still fly", remember she has a staff that helps her do that.

At worst,this new normal of women's lives is destructive to both women and men’s happiness with one another. And it is definitely unsustainable for any woman who intends to make a life out of their art.

What it seems to me most people need in this age of two jobs just to make ends meet, advanced degree required just to crack to 45K, isn’t a daddy-boss-provider or a chef-concubine-friend-maid, but someone that at the end of the day, you trust with your money. Men and women are much more similar than we are different and our relationships would be stronger if we acknowledged that.

Since the unexpected death of my son’s father, I have begun to view life and love in an entirely new way. Of course there is the fantasy, the hope, that I will meet the man, who understands my dedication to my work and loves my son. Someone, who wants to go in with me, on the lifestyle that I want. A man that doesn’t want to lead or follow,

In the interim, all one can do is create positive relationships with the opposite sex. Knowing one another in both friendship and love draws men and women closer to our full capabilities. Considering a person’s being, as well as their sex, brings us one step closer to our greatest ability as human beings…to not just mate…but create.