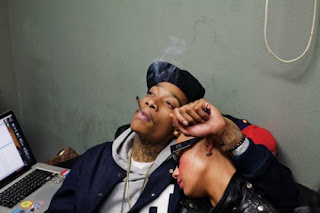 So Uncle Luke, who by virtue of that chester-the-molester nickname alone,should keep his mouth closed, has taken to print to diss, my baby , Wiz Khalifa.

What is his bone to pick with the paper rolling,gangsta-hippie, from PA? Does he disagree with his m.o. as an artist? Dislike his music, feel like he's undeserving of the limelight and attention that he is receiving?

The answer is none of the above. What has Luke's panties in a bunch is actually Wiz' relationship with Amber Rose.

Now,we are free to question Amber Rose's motives in dating Wiz Khalifa. But I am a big believer in, "innocent until proven guilty", and an even bigger one in, "whatever floats your boat".

They're grown and seem happy, so, so be it.

But apparently, Amber Rose, really gets under Uncle Luke's skin and its easy to see why. In his world, men like himself, are the proprietors of "trifling women". And only men like himself should obtain the benefits from the deeds and misdeeds of such women.

How dare one break ranks and get some shine [and paper] for herself!

Frankly, I found the whole line of argument from Luke, that of typical misogynst and pretty homoerotic. It also souds like he drank a huge glass of haterade while he was at it.

In his column, he also calls out producer Memphitz for marrying Toya Carter, the ex-wife, of Lil Wayne,stating that rappers' greatest loyalties, when it comes to women, should be to one another.

Sounds pretty fishy, if you ask me. 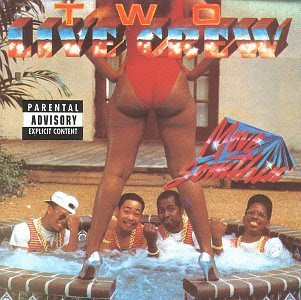 What is most disturbing is this use of the word "soft" to describe a man who could be with a "trifling woman" like, Amber Rose. Its my estimation that what places her in the category of trifling, is not dating Kanye or any of the other men that she has been linked to. But being an ex-stripper, who made good on that line of work.

See to a man like Luther Campbell, the "hard" thing to do with a woman like Amber, is anything she may have let a man pay to do to her, while putting money in her g-string.

Being hard means profiting from women's exploitation. Being "hard" means he deserves his current-wife [a former lawyer] and the chance to be a husband, despite his past. But not the women he made money off of.

What's "hard" is keeping the money rolling in, off a fresh crop of, [hopefully] eighteen year olds, willing to take their clothes off for money.

See,that's how you show that you are man. You can do any filthy, degrading thing you want to a woman, "like" Amber Rose, except love her, if you so choose.

Really? What is he smoking?

Uncle Luke, who has overseen and profited from many acts of questionable, sexual, integrity, has the audacity to call out Wiz Khalifa over the violation of an alleged moral code?

Not all men are looking for the same thing, or have the same requirements for the woman they choose to love,especially not the newer, younger, hip-hop generation. Not all men feel the need to put women into such sharply defined categories, of those you must respect and those you can [ab]use.

Moreover,many-- but not all, men have a Madonna-Whore complex or use a sexual litmus test to determine a woman's value.

Me, I wish the two kids the best, love is always flawed,no matter the packaging. And if nothing else,I wish them both, especially her, an extra 15.

If Kim Kardashian's entire family can come-up off her sex-tape,why can't Amber,a half-breed from the South Philadelphia hood,capitalize off dating Kanye West? 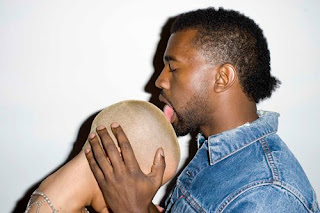 I'm not a hater and ain't we all trying to shine?