In Search of My Mother's Garden: Racism, History's Bastard Kids and the Way Forward

Whew...that is the only way to describe how I am feeling after this weekend's full moon cycle.My emotional reactions, to the pull of the moon, ran the gamut from laughter and rage to tears and frustration. There was African art, seer-sucker,coon shouters [and those negroes that answer],cracklin and even a tounge lashing from Ms. Kola Boof, herself.

Part1: Can I Get a Little Grease With My Pinot? 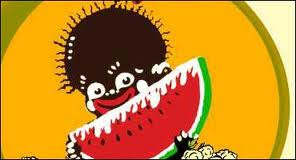 The journey down the rabbit hole into the matrix of race began at Cork and Bottle, a nice little wine store and bar in the American Can Company building on Orleans Avenue and Jeff Davis. My cousins and I were headed toward the New Orleans Museum of Art for the Congo Square exhibit, we had an hour to kill,and I was craving a glass of good red.

Fast forward to a quirky, little, white guy trying his best to strike up a conversation with me. Now, there was no interest on my end but he was funny and self deprecating and doing a surprisingly good job at making me laugh. He offered to pay for my wine and that is when things got fuzzy.

His friend, a woman, who had been chatting up my cousin about her wedding and how the guy was her groomsmen, suddenly lost focus and found herself, eyeballs deep, in the contents of my purse.

"So, I have to ask...what's in the bag?" she asked gesturing toward a crinkled paperbag in my purse."It looks greasy, is it cracklin?"

Cracklin? Really? at 5pm? on a Friday afternoon? in Cork & Bottle?

Putting the smash on these misconceptions is the mission of my honery, mulatto cousin,so she answered with a swift,

After receiving a quiet reprimand from her friend,my prospective suitor,the woman stormed out for a smoke.

Seeing that this was definitely not a conversation worth lingering for,my cousin and I politely said goodbye to all, silly white lady included. As we stood to go,the look on the white guy's face was priceless, as he tried to salvage his shot in the dark with some tan skin.

I could only imagine what he wanted to tell his racially insensitive and worse- yet, cock-blocking friend...

Part 2: To Be Young Gifted and Black 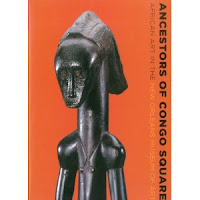 Walking into the Congo Square exhibit at the New Orleans Museum of Art, we entered the Sudan first, taking a slow journey across the equator to West Africa. I always expect to be moved by art but it is not often that beauty brings me to tears.

There were photographs depicting processions you can still see happening on Mardi Gras Day. All I could think as I moved from one peice of metal-work, masking, beading, to the next was,

The first step toward rebuilding ourselves and our community is knowing that for a fact. The second step is passing this knowledge on to those who don't. Whether that be a white woman that thinks I carry cracklin in my purse, or better yet, the black community of New Orleans. People whose culture has been so devalued,we don't even realize that we are among some of the only black people in America (with the exception of the Gullahs of the Carolinas),who still ,literally ,talk the talk and walk the walk of our ancestors.

The third step is to be a student of history. Know that secondlines and Mardi Gras Indian masks,and that extra emphasis in your speech (y'all know what I'm talkin bout, yeah) is the source of your strength not a weakness to overcome. 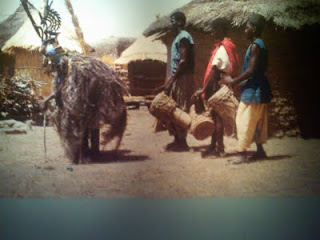 Our roots go deep-- our traditions are straight from the motherland, their survival was no small feat, nor was it an accident. Therefore the well we have to draw from is deep.

W.E.B. DuBois believed that the Talented Tenth, that group of black people who were able to attain upward social mobility,education and knowledge of their history, could be the saviors, the solution to the "negro problem."

"The function of the college-bred Negro. He is, as he ought to be, the group leader, the man who sets the ideals of the community where he lives, directs its thoughts and heads its social movements."

Sadly, many of the Talented Tenth in New Orleans seem to be only interested in dressing up in seer-sucker, being mock southern gentlemen and southern belles,and joining organizations that belittle and exclude the very "community" they claim to want to "uplift."

You can't serve a people you feel superior to;true charity comes by way of solidarity not pity. 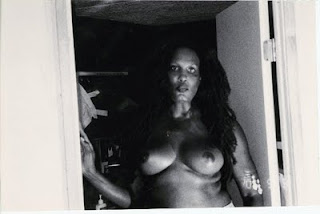 I have a self-professed, crazy,love for Kola Boof's crazy ass. And believe me, I say crazy with all due respect, cause I love a crazy woman. Anyone not enraged, sceaming at the top of their lungs, at this world around us is asleep at the wheel.

I have followed Kola's career for years and her twitter for a few months. One of Kola's missions is destroying the "niggerstock" phenomenon of colorism in the black community. From battles with rapper Wale to random "yellow, mutt bitches" in America, Kola goes in.

I tried my hand at passing a bit of New Orleans speak along to her, by way of the all appropriate saying, "respect it or check it".

What I meant was,people should respect or check Kola's views on colorism in the African-American community.I also added that while I was "half-caste" (an expression for the less than pure-bred), I knew who my mama was.

Kola didn't understand my muddled, mutt, English very well and hit me with the following:

And with all that....you still weren't clear. What are you saying now? Because I was the one disrespected. @gypsy_27

What are you....another Half-Caste BENEFICIARY talking about she's my fucking "SISTER" yet not caring I'm invisible & erased? @gypsy_27

You all want Sisterhood with REAL Black Women as long as they stay on the bottom right? @gypsy_27 ...#SMIRK

So my image should not be celebratd in videos but yours should?@gypsy27


****
I have followed Kola a long time and what came to mind while I received these tweets was the American saying,"don't bring a knife to a gun-fight." And also the sure knowledge that an ounce of humility is worth a pound of pride.

So, I answered Kola this way(paraphrasing):Africa is my mother and my father is a man who never claimed me. So, with that being said,I want to see her honored and I love her. I am no tragic mulatto. To which, Kola responded,that she loved me as well and appreciated my spirit.

Many people would say that I acquiesced to Kola and didn't offer any counter-attack to her assumptions about my motivations. However, I meant what I said. All that I am does flow from women like her,from African women. Its their contribution to culture that made my city what it is. Thats real deal for me, so that's what I said. And even if she had gone on to call me a "stupid, yellow, mutt, bitch" I would have continued to love her all the same.

After all this is the woman who said,

I wish to find the swell
of constant waters
…and the death of the locust night
I wish to find the anguished heart
of the blue blackened earthquake
and lay my minkish head against his
armoured chest
To bless him with full, swollen lips
and behold his darkened portholes
drinking my softened flesh…oh, but yes
I wish to die as spirits then…
droplets
lost and swishing forever
deep within my purple folds
sweet
like birth and no regret

Damn..some people are deep others are infinite. I respect her rage. 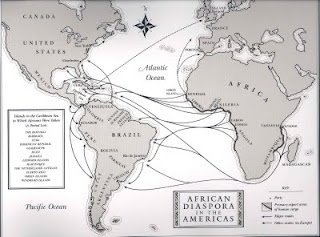 What I would like to know about Kola Boof is, how do her feelings about mutts, like me, square with the fact that she is of mixed heritage?Is the ancestors "showing" the ultimate litmus test to authenticity?

Especially, given what we know scientifically about modern genetics.Our phenotypes, the face we show the world, is essentially a crapshoot.I mean, look at Clarence Thomas' ass.I can see his ancestors loud and clear but what does he see when he looks in the mirror?

Now, there is no doubt that the world sees and treats Kola Boof like a black woman and what people see or treat me as, depends on the beholder and I guess, that is all the difference. When Kola Boof sees me, she may not see a black woman, but nevertheless, I AM her daughter. My stock is what they used to call the children of strangers.

A pretty kind euphemism for rape, don't you think?