"Where the Wild Things Are" 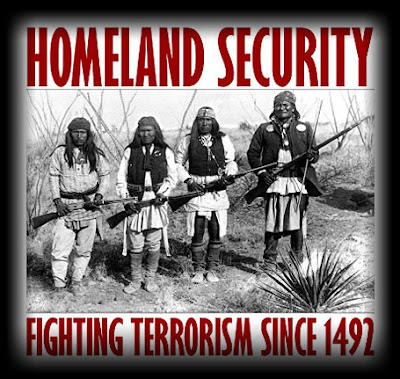 “The birthday party,I mean, it was out of control...” my co-worker began. "I mean, the kids, they were running around like wild Indians."

As both of our eyes rested on the watercolor painting of Lakota women that serves as my desktop screensaver, she knew that she had once again stepped all over my precious little toes.

Not interested in any sort of “teachable moment”, I shot her the look, I have been serving up for years. This look took a long time to perfect. Perfectly blank, as not to allow the other person to be able to read my true emotions,while simultaneously signaling,that it would be best to stop talking to me, immediately.

She and I had had a previous run-in just a week earlier, when much to her dismay, I could not provide her with my background knowledge about what constituted “soul food” and what did not. I guess because I didn’t offer much assistance, she boldly posited that could it be,

American culture has been constructed around many binaries, which it uses to classify and place value on its population, the two most dominant being, male/female and black/white. People with an ambiguous racial presentation, like gay, lesbian and transgendered people, challenge the notion and truth of these binary ways of understanding the world. With our very existence people like me challenge the validity of these binaries as systems of domination.

“Mulattoes” with their presence, necessarily, undermines white supremacy and its tenet of preserving the bloodlines of white people. Similarly, traditional, patriarchal, gender- roles are undermined by males and females, who cannot be “properly” classified as "men" and "women". [For an excellent analysis of gender and homosexuality taboos, please see Gayle Rubin’s, “The Traffic in Women: Notes on the Political Economy of Sex”].

So even in 2011, when the President of the United States of America is a black man of mixed heritage, some members of the dominant society remain uncertain of how to talk to a woman like me.

Where exactly, is the line, when you’ve gone your whole life without even acknowledging it, let alone respecting it?

Writers that choose to speak openly about their experience of race in this country are often pressed for “solutions”, I have none regarding how to fix their problem. It isn't my responsibility to fix or “educate” misguided whites. Self-actualization and improvement is the job of the individual who is lacking.

The greatest knowledge is self-knowledge. So, what I am here to do is teach people how to respect me and I am doing that every day...

One stank look at a time…