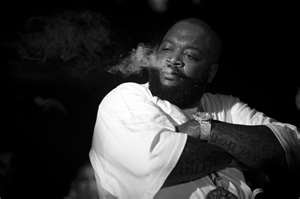 While I am enjoying the reign of the Maybach Music empire just as much as the next person, this latest installment has left me a bit perplexed. It isn’t the questionable grammar that bothers me. English nerd that I am— I am so pro-Ebonics, so pro-pigeon English, so pro-patois, it isn’t funny. It's just: what exactly does Ricky Rozay have in common with 2Pac as an artist?

I mean, I get that he was a major influence and role model for Rick, as he stated to several press outlets after performing at a concert held in honor of the late rapper’s 40th birthday. But beyond that, am I missing something?

Video in question: Tupac Back


This post is not meant to throw shade on my boy…just saying. Here are couple collabos I love…


Devil in a new dress