Summer of Love: Welcome to Life in High Times 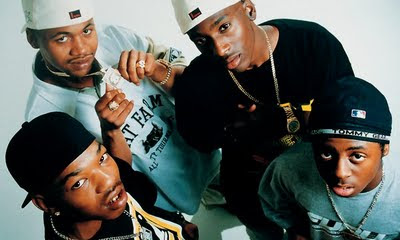 Sitting in a bar one night, Lil’ Wayne’s, “Miss My Dawgz” began to play. The night was muggy and despite the air conditioning in the lounge, the constant in and out of people made the air inside damp. In other parts of the country it was still spring. In New Orleans, summer was just beginning-- and I was hoping for a new one.

I had spent the last year and a half in a haze. My son’s father passed away in the winter of 2009 , suddenly, at the age of twenty-seven, while I was at work, and our one year old son was up the street at nursery. I moved through the days of the seasons that followed, hoping that as time ticked by, he might pop up from behind any corner of the house, announcing that it had all been a cruel hoax.

So, while I couldn't yet fall to sleep at night, without listening to the last voicemail he left me— I thought I could begin again.

Of course, I was not looking for love, or a soul-mate, or even a friend. I had believed that after watching that casket close,that I was made of stone. I was just thinking, or at least sincerely hoping, that I was ready. Ready, for whatever would lay beyond the life no longer possible.

My eyes began to sting a little, and so I stared, swirling my little stirring straw, into my Maker’s on the rocks. I thought of all the people, places and things that have come and gone over the years. I remembered the first apartment Marley’s father and I lived in, with nothing but a mattress and stereo for furniture.

“You know if you listen to all the Cash Money albums as a whole,” said my friend, into the silence that had fallen between us, as we listened to the song play.

My other, my partner/ I was teacher, he was father/I skilled, he schooled/we chilled, we moved….

“Even the ‘life after cash money’ ones,” she laughed. “It’s a love story, that journey.”

“You aint never lied,” I replied. “That’s why I get goose-bumps every time I hear this one.”

Later that night, I sat on my porch and replayed all the mistakes I’d never make again, berated myself for all the times I knew better than what I did, and chided myself for smoking the cigarettes, I keep saying I want to quit. I sat in the crackling silence of the Gentilly night and wondered what was next.

I’ve heard that good music is the cure for any ailment, particularly a bruised, broken or un-healed heart. Hip-Hop has always been about love, suffering and the search for more to me. It, like us, like life, is never perfect, not always correct, proper or appropriate. Things happen when they do and we are not always prepared for the outcome, we are just responsible for what we make of it.

Follow me on this journey forward into love, pain, and the battered streets of New Orleans. Say a prayer with me for all those things that keep us pushing forward…