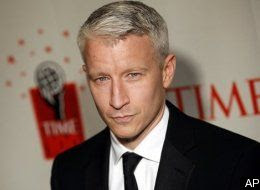 Anderson Cooper is annoying me. This “gotcha” style of journalism he’s adopted when covering national politics isn’t working for him. I much prefer to see him running through disaster laden streets in designer clothing.

In case you hadn’t noticed he’s no Tim Russert. Cooper lacks the breadth of political knowledge necessary to use the tactic Russert employed so effortlessly. As a result his zingers are sometimes hollow and many times miss the mark.

For example, questioning the sincerity of the President’s position on same-sex marriage [he had accused President Obama of playing politics], based on the fact that it had changed since 1996, is pretty ridiculous. If nothing else, it is definitely the weakest card in a deck full of much better arguements.

I am as pro-gay rights as they come. But somebody needs to talk to the spokespeople in the gay activist community. Get serious, and get real. In the upcoming 2012 election Barack Obama is the best friend you have,like it or lump it.

The fight for gay people's full recognition as human beings with equal rights in our country is often compared to the Civil Rights Movement of African-Americans.Some would disagree,I happen to concur--with the acknowledgement of how racism and White privledge affects the degree of this comparrison.

Some food for thought...The Emancipation Proclamation was issued in 1863-- the Civil Rights Act was passed in 1964.

Plus as a dweller in a pretty transparent closet, Cooper does have balls calling anyone a hypocrite…

”Does he [President Obama] want to have it both ways?“