Lupe Fiasco has started a fire with his comments in a recent CBS video-interview. The interview comes on the heels of his successful, much anticipated and delayed, third studio album, Lasers and the hit single, “Words I Never Said.” The song criticizes, amongst other things, the use of murder as an act of resistance by fundamentalist Muslims, the apartheid state of Israel, and Barack Obama for supporting the Israeli war in the Gaza strip. Lupe took his criticism a bit further on CBS by labeling the United States, and by extension Barack Obama, as the “biggest terrorists of all”. He further clarified his assertion by saying that he felt the United States supports policies that are the root causes of fundamentalism.

The controversy in the media seems to rest on the semantics of the word “terrorist” (you tell me what smallpox blankets are…). However, for me, this was not the part of the interview that left me the most fired up. While I couldn’t agree more, in principle, with Lupe Fiasco’s “Words I Never Said”— I must take issue with his chosen approach to reality, especially, when it comes to voting.

I do appreciate Lupe taking a principled stand. I do not oppose his right not to participate in a political process, that supports and sponsors the killing of the innocent, nor do I deny that America was built and functions, to this day, on the backs of those who have the least in its society.

I do, however, love Barack Obama.The master’s tools may never dismantle his house, and maybe Barack isn’t the social justice Messiah, we had all been hoping for. But it is foolish, at best, and dangerous, at worst, to pretend that there is no real difference between he and his predecessors or the opponent that he will face in 2012. There are real consequences to the upcoming political season. The policies and rights, my generation has never known a life without,are under attack from the right and truly vulnerable.

Being free means being unafraid to break from the crowd and leave the chorus, I commend Lupe for having the courage to speak his mind and put the word “Gaza” on a track. He is a passionate advocate for the aspirations of a people for freedom and I more than salute that, I humble myself before it.

But before we can withdraw en masse from the current political system, we have to be able to offer our people a viable alternative… And that we are definitely lacking. So the reality is there ain’t no Santa Claus and its him or them…

I choose him.
Peace in the Middle East...Free Palestine 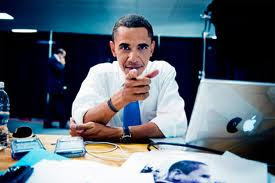